The Profession: a Memoir of Community, Race, and the Arc of Policing in America

by Bill Bratton with Peter Knobler

Bill Bratton was sworn in as a Boston police officer in 1970 and rose to become chief or commissioner of six major police departments in three different states. He deserves a lot of credit for dramatically reducing crime, most notably as New York City Transit Police chief in the early 1990s and as commissioner of the NYPD in the mid-1990s.

Chapters two through six cover Bratton’s career through his first stint as NYPD commissioner until his falling out with Mayor Giuliani—basically a retelling of Bratton’s first book, Turnaround. Chapter seven covers his years as chief of LAPD; the writers were sloppy with the details in this chapter. Chapter eight is about Bratton’s second turn as NYPD commissioner under Mayor de Blasio.

The remainder of the book deals with contemporary issues related to race, implicit bias, terrorism, and the defund-the-police movement. I imagine Bratton wrote this book out of frustration with the anti-police climate and the resulting unraveling of 25+ years of crime reduction. It is extremely informative and he offers a valuable perspective. I read all 476 pages with great interest.

END_OF_DOCUMENT_TOKEN_TO_BE_REPLACED 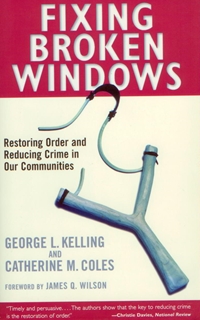 The origin of broken windows theory was an article in the March 1982 edition of The Atlantic by George L. Kelling and James Q. Wilson about the link between disorder and serious crime. The term comes from an analogy: “Social psychologists and police officers tend to agree that if a window in a building is broken and is left unrepaired, all the rest of the windows will soon be broken. This is as true in nice neighborhoods as in rundown ones… One unrepaired broken window is a signal that no one cares.” END_OF_DOCUMENT_TOKEN_TO_BE_REPLACED

Much has been written about big-city police departments like NYPD and LAPD. Much has also been written about the Marshals and Sheriffs of the wild west. In contrast, Policing Needham takes a look at the history of law enforcement in the suburban town of Needham, Massachusetts. Local history is a microcosm of national history. So while the names and places in this book may be of particular interest to those with ties to the town, the stories are relevant to anyone with an interest in history and law enforcement. END_OF_DOCUMENT_TOKEN_TO_BE_REPLACED 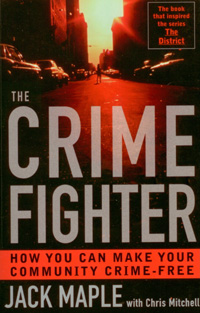 The Crime Fighter: How You Can Make Your Community Crime Free

Engaging stories from Maple’s career as a detective for the NY Transit Police, deputy commissioner of NYPD, and consultant to Newark, Philadelphia, and New Orleans police departments make this a very interesting read. The fact that the problems and solutions discussed are relevant to other cities—not just NYC—broadens the appeal of this book. While some of the principles will apply to smaller police jurisdictions, the context of all examples is with large cities. END_OF_DOCUMENT_TOKEN_TO_BE_REPLACED

I think of Turnaround as a management book by a highly-accomplished chief executive (police) officer. The book reads like an autobiography, from Bill Bratton’s childhood in Boston, until after his falling out with Rudy Guiliani. Through his experiences, I learned a lot about police work and his management style END_OF_DOCUMENT_TOKEN_TO_BE_REPLACED